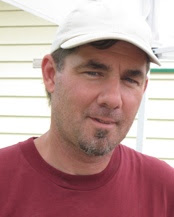 Welcome to the 2012 Starbrite Farm CSA season and to the first installment of my weekly updates. These will serve to inform you of the work we are doing at the farm each week, of the success we are having and the challenges we may be facing, as well as apprise you of what to expect in your share for the week. I strive to make them as informative and entertaining as possible.

The CSA veterans among you know that the first order of business is to talk (frequently complain) about the weather. We farmers dream of that perfect season when it’s not too hot and not too cold, when it rains just enough and at the right times, and we are spared hurricanes and hailstorms. It’s still early in the year but it’s already clear that 2012 won’t be that mythical season. After a dry and mild winter, spring seemed to be arriving early and I was excited about being able to get a jump on the season and begin plowing fields. Many of you know that I take a couple of trips during the off season and this year I cut my last trip short by a week, because I was watching the weather, and felt that it was time to get to work. Unfortunately the unusually dry spring conditions quickly turned into a spring drought, with several promised rain events that did not materialize. During the 7 weeks from early March until present we received less than an inch of precipitation. This combined with the unusual warmth and persistently windy condition quickly dried out already dry soil. I had to chuckle as I rode my tractor across the fields with dust swirling all around me, and my I-pod “randomly” played a song called “Living in a Dust Bowl”, followed by Dire Strait’s “Water of Love”. “If I don’t get some water soon, be dead and gone by the afternoon”.

We were able to get the onions planted earlier than usual, although the high winds beat up and dried out some of the smaller plants and we will have to replant to fill in some blank spots. We’ve been moving the irrigation equipment around from field to field, to wet beds where I needed to plant seeds and for the garlic and leek crops. We have had to move drip tape lines across the field of peas, soaking each row for 3-4 hours before moving the tape to the next bed, to insure their germination. We have been transplanting kale, cabbage, broccoli and other spring crops and have had to use the water wheel transplanter, a machine that is normally reserved for planting on plastic mulch. This is a more labor intensive means of setting plants out, but with these conditions, the only way to insure their survival.

Fortunately, as of this writing we are getting a good soaking rain. We are predicted to get about 2 inches and so far it has fallen at a nice steady pace with no heavy downpours. The drought is broken and hopefully we will have more regular precipitation during the remainder of the spring. As for the snow that may come on the tail of this storm system, I don’t expect too much accumulation and it won’t hurt anything that is growing in the fields at present. I have to say though, all spring I’ve been predicting we would have snow in Mid-April! We can now get back on track with the spring planting. I expect that it will be a dry season overall and we are prepared for that. In many ways a dry year is better than an overly wet one like 2009 and 2011, but rest assured whatever Mother Nature brings us, we will do our best to deal and adapt.