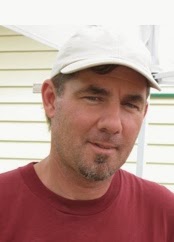 Hi Folks,
Well here we go! The first week of deliveries has arrived. As previously mentioned we got a late start on planting due to the long winter, so the first couple of weeks won’t be as bountiful as in previous years.  I expect that we will make up for this as we go through the season. We have some potatoes that were held in cold storage from last season. They are in decent shape and we have sorted them and composted the bad ones. I just made some potato salad from some recently and they taste great. They may seem a little sweeter than normal because storage at cold temperatures causes starches to be converted into sugars. Held a few days at room temperatures the process will reverse itself, but don’t hold on to them for too long as they will begin to sprout.  We also have a beautiful oak leaf lettuce, some nice spinach, radishes, kale and a choice of an herb. I expect English peas to be ready for next week as well as garlic scapes.  Kohlrabi, cabbage and broccoli should start to mature in 2 weeks and soon we will have summer squash.
The weather has been cooperative; we received 1 “ of rain at a nice steady rate overnight this past week. This is exactly what we need every week but it rarely occurs!  Temperatures are moderate- warm enough for the heat loving plants like tomatoes and peppers, but not so hot as to hurt the cool weather crops like spinach and the brassicas.
I have been invited by a group called Reverb that works with The Dave Matthews band to participate in a fund raising event at his concert this Tuesday June 10. They raise money to donate to a food bank by selling seed packets at the show. They partner a farm with the food bank and the money raised is given to the farm to buy produce for the food bank.  We participated last year and received $700 and delivered over a $1000 dollars of potatoes, cabbage and other produce to The Food bank of Monmouth County. It is also a chance to promote the farm (and see a free show!)
The share for this week will be Potatoes, spinach, kale, lettuce, radishes, and a choice of  dill or cilantro.
Enjoy!
Farmer John
Labels: 2014 CSA, Letter from John Krueger, Veggie Share 2014
Newer Post Older Post Home