Each week during the season John Krueger, Circle Brook Farm, writes an update of what is happening at his farm and usually includes what to expect in the vegetable share.  Here is his first letter of the season. 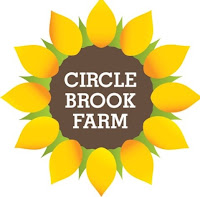 I apologize for being so late with the first update of the season. We have been working hard to get the planting done after a bit of a late start. In late February it seemed we would have an early spring but the winter came back with a vengeance. The big blizzard brought us nearly 2 feet of snow and then several weeks of rainy weather left the fields too wet to plow until early April. Since then the weather has been acceptable; a bit cool through April but with adequate rainfall. Due to the mild winter we are having more trouble than usual with our most pernicious pest- the flea beetle. They are small black critters which jump when disturbed- hence the name. They are specific to the brassica/ mustard family; lacing them full of holes to the point where they can actually kill a young plant. We try to cover as much as we can but there are acres of these crops in the spring and we had to use a lot of our Ag fabric to cover the onions, which has a new pest, recently emigrated from Europe.

So, I am a farmer, specifically an organic farmer because I am an environmentalist. When I was in high school I read Rachel Carson’s “Silent Spring” and as a nature lover was alarmed at the havoc man was wreaking on the natural world. I became convinced we had to learn to grow our food in manner that did not contaminate the planet. As I learned about organic agriculture I also learned about the enormous energy inputs involved with modern farming and the question of sustainability; that now common and overused buzzword. Scientists were just beginning to sound the alarm bells about climate change. In the 90’s, it seemed that the evidence was solidifying and the world would begin to address this serious threat. I began to see another important role that organic farming had in protecting our planet- carbon sequestration. I predicted that with the carbon tax, i.e. cap and trade that farmers would be paid for increasing the organic matter in their soil. Well I was wrong about that, but not wrong about the importance of organic agriculture in combating climate change. In fact over the years research has been done and evidence is mounting that a shift to organic farming and to rotational grazing can not only mitigate the effect of carbon being released, but actually begin to reduce atmospheric carbon. In addition conventional agriculture allows the release of nitrogen in various forms that are more potent greenhouse gases than CO2.

And now the environment is under attack; the current administration is trying to gut the laws that protect our air and water and reverse the progress that has been made over the last 40 years. And climate change denial will not only impede steps to reduce emissions but actually spur an increase. There is a political battle to be waged and I am sure that many of you have been to marches and are involved in other ways. But I believe that the economic power that we wield is even more powerful than the political power we have as voters and constituents. Local farmers have a huge role to play in environmental protection and they need support. Local organic producers are under attack as well, not only from bad government policy but from economic factors and social trends. CSA membership has been declining rapidly over the last 3 years as well as farmer’s market revenues. People are opting for convenience- home delivery or buying cheap California organic produce in the supermarket. We need your help. It’s hard to know how to advertise or promote these days but word of mouths remains the best option. It’s important that you talk to your circle of family and friends about supporting local farmers. CSA’s and buying direct at farmers markets are the only way to do that. Buying from coops, supermarkets, home delivery services or meal plans like Blue Apron only enriches the middlemen. Small local producers cannot make it on wholesale prices. In future update I will continue to expand on the theme of farming and the environment. We will begin deliveries the week of June 4th! The Farm visit will be on the weekend of 24th and 25th 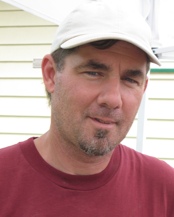